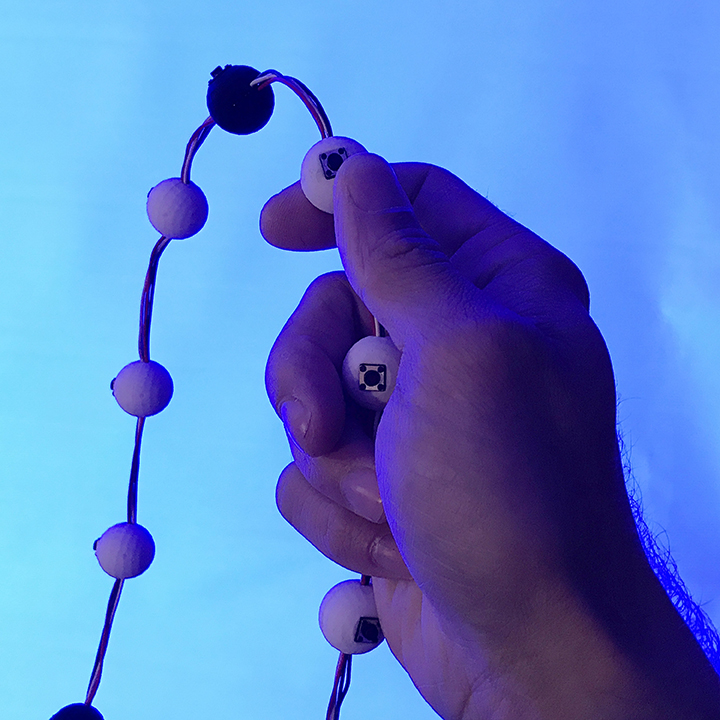 A “for loop” is how a computer views an image. The programming function moves through the image, pixel by pixel, performing some action with each pixel before moving on to the next. Yet the same logic, in fact, could describe the use of prayer beads across many eastern and western religious traditions, as one moves from bead to bead, performing some prayer with each bead before moving on the the next.

The installation consists of a strand of push-button prayer beads which facilitates a meditation on an image, pixel by pixel, each bead changing the color of the light in the room to the color of that pixel. Viewers are invited, one-by-one, to immerse themselves in these meditative images, iterating through them and connecting with this simultaneously ancient and contemporary practice. 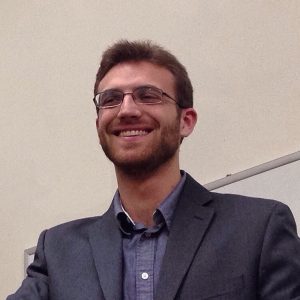